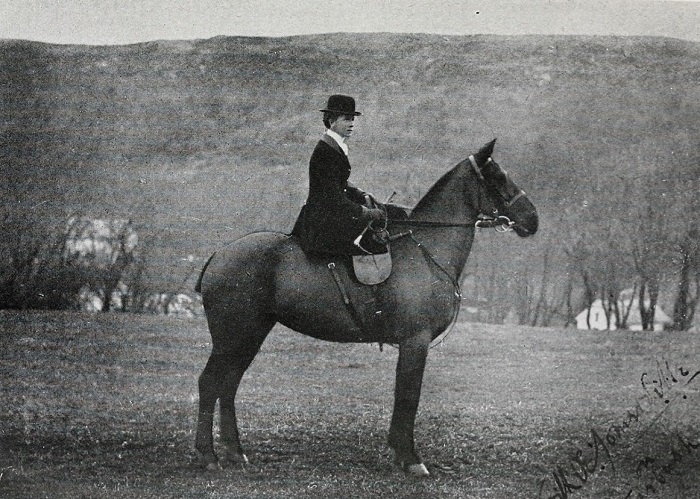 Who is Edith Somerville? 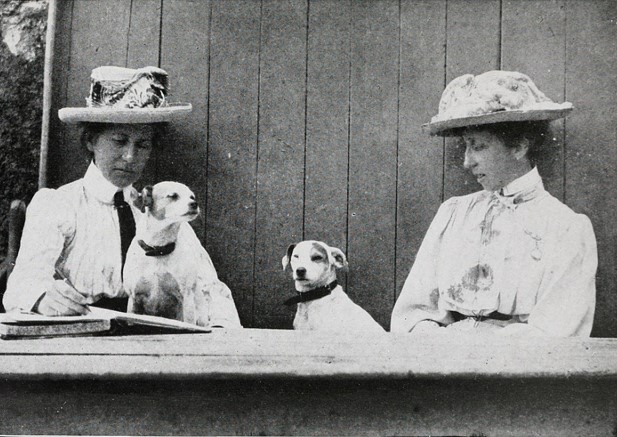 I discovered Edith Œnone Somerville (Irish, 1858-1949), cousin and writing partner of Violet Martin (Irish, 1862-1915), while searching the National Sporting Library & Museum archives for content to post on the NSLM’s Facebook page for Women’s History Month. One of my favorite things about my job are the opportunities I have to research our collections and share them digitally, but I felt that Edith Somerville’s story deserved more than a Facebook post.

Somerville was the first female Master of Foxhounds in Ireland, the West Carbery in Skibereen, County Cork. By no means incidentally, she was also a writer, humorist, artist, suffragist and feminist, and believer in the occult. She was President of the Munster Women’s Franchise League, was awarded the degree of Doctor of Letters by Trinity College Dublin in 1932, and was invited to become a member of the Irish Academy of Letters by W.B. Yeats the following year.

Racing Time: A Memoir of Love, Loss, and Liberation 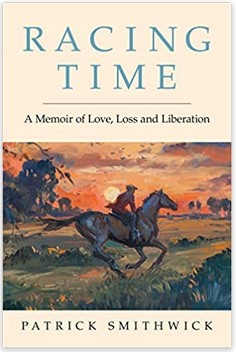 Racing Time: A Memoir of Love, Loss, and Liberation, Patrick Smithwick, Dementi Milestone Publishing, Manakin-Sabot, VA, 2019, cloth, illustrations by Sam Robinson, 481 pagesIn 2006 Patrick Smithwick published Racing My Father, a memoir of his legendary steeplechaser forebear, A.P. "Paddy" Smithwick. Six years later came Flying Change, the account of the author's youth as a race rider under his father's tutelage before leaving the track for a writing and teaching career until the sport's siren song drew him back.

Now comes Racing Time. Subtitled A Memoir of Love, Loss, and Liberation, it is at once a celebration of the author's appreciation of family and friends, both human and equine, and an elegiac recollection of three men with whom Smithwick's life was as closely entwined as the braids on a hunting whip lash: the late former-jockeys-turned trainers Tom Voss and Dickie Small (names familiar to all race enthusiasts) and groom Speedy Kiniel. 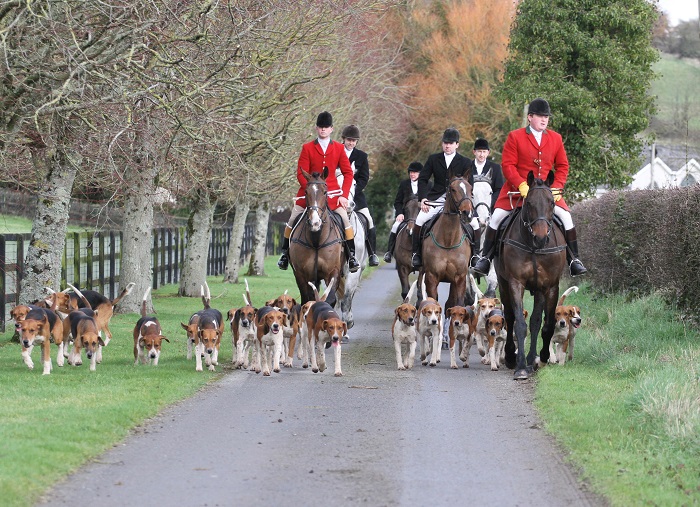 George Blenerhaasset of Ridelstown is credited with being the first Limerick Master around 1800. In about 1830 Mr. Croker of Ballinagarde took on the pack with Geo Fosbury which went on to become the County Limerick Foxhounds.

Hounds have been kennelled in Clonshire, the hunt property in Adare, since 1930. The village is now one of Ireland’s leading equestrian centres. Former County Limerick Masters familiar to many in the U.S. are the recently mourned American Master Al Schreck of the Los Altos Hounds (CA) and Master and huntsman Hugh Robards who hunted the Co. Limerick for twenty-seven seasons before coming to North America.

Who Is This Horseman? 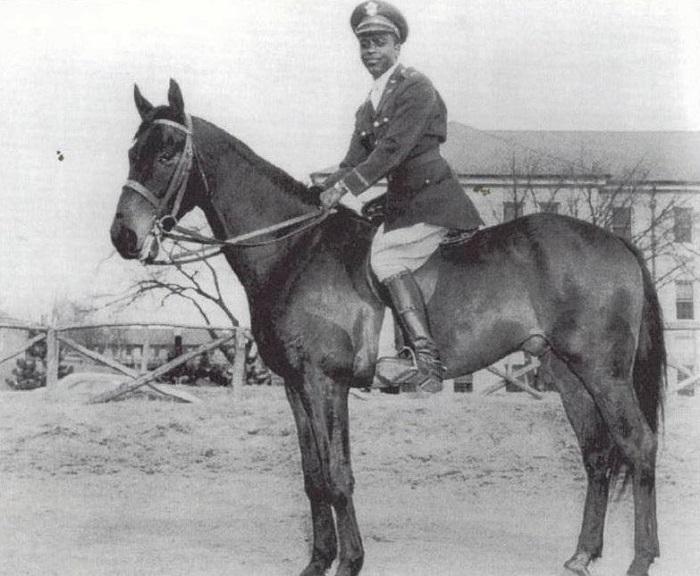 Horseman on a US Cavalry mount at Fort Riley, Kansas

The earliest time-stamped email from the reader who correctly identifies the horseman in the image will receive a year’s Combination Electronic/PDF Subscription free of charge. If the winner curently has an unexpired active subscription, the free year will be added to the end of the current term.

Update: we have a winner. 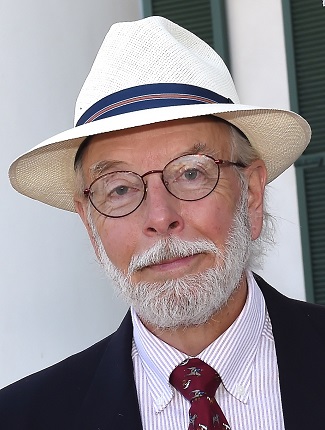 John Anderson, writer/editor/foxhunter  /   Douglas Lees photoIt’s been said that a “highbrow” is someone who can listen to Rossini’s "William Tell Overture" and not think of the Lone Ranger. In the hunting world, that might be said of anyone who’s never heard of Jeff Foxworthy’s “You Might Be A Redneck” jokes. Leader of the Blue Collar Comedy genre, Foxworthy’s shtick consists of such gems as:

If you can recognize your friends by the sound of their mufflers, you might be a redneck.

If your school fight song was “Dueling Banjos, …”

If you’ve ever cut your grass and found a car, …”

If you refer to the sixth grade as “My senior year, …”

Borrowing from this concept, herewith are a few examples of “You Might Be A Foxhunter.” (Some of these apply to horse people more broadly, but all of them apply to foxhunters.) So here we go. 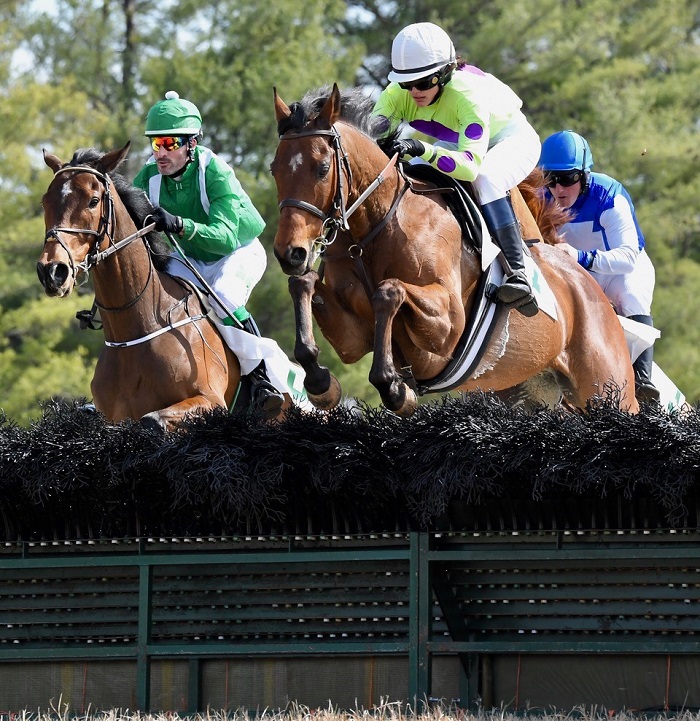 Eleven-year-old Orchestra Leader, a grandson of Seattle Slew on the distaff side, has been winning Open Hurdle races for at least five years. Owned in his earlier racing days by the late Bruce Smart and trained by Jimmy Day, the brown gelding now races for Team Ollie, is trained by Lilith Boucher, and was ridden to the wire by Mell Boucher at the Warrenton Point-to-Point on Saturday, March 14, 2020. Orchestra Leader was the Leading Hurdle Horse in 2018 and won this same race over the same Airlie racecourse last year.